What is a sworn translation and how does it differ from a conventional one?

company that requests this type of translation. The fact that a sworn translator has

signed it, and not just a “regular” translator, gives it an official status.

Sworn translators have special accreditation. The title of sworn translator-interpreter is issued by, in the case of Spain, the Spanish Ministry of Foreign Affairs and Cooperation (or similar bodies in other countries), after passing an official examination.

Sworn translations must bear the stamp, signature and certification of the sworn translator. This makes them legally valid and official, and they certify the validity of official documents before certain bodies in different countries.

When might a sworn translation be needed? There are many cases in which translated official documents are required, like studying, applying for a work permit or getting married abroad, claiming a debt or inheritance in another country, or receiving certain medical treatments.

A sworn translation is any translation that has the status of an official, legally valid translation. It does not necessarily have to be legal, but it can cover all types of sectors, as long as the translation needs to be official: court decisions, business awards or negotiations, foreign contracts or business certificates, academic certificates, medical or criminal record certificates, wills granted abroad, birth, marriage or death certificates, residence permits, powers of attorney, etc.

At Converta Translations we work with sworn native translators who guarantee a perfect official translation for any legal procedure. We take care of the whole process, advising and assisting our clients from the first contact to the final delivery of the sworn translation. 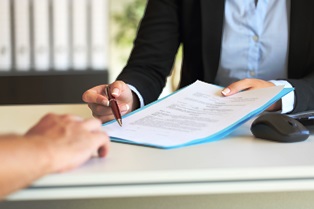 Technical translation is a type of specialized translation with content and terminology that belongs to a specific sector, such as engineering, energy, electronics, automotive, chemistry, electronics, mining, telecommunications, metallurgy or construction.
We find terms, vocabulary and linguistic structures of a certain sector which are not used in common language.
The texts and content are aimed at professionals of that field, meaning that they are a highly specialized audience. Examples include manuals, instructions, user guides, technical data sheets, specifications, patents, etc.

Technical translations cannot contain inaccuracies or terminological errors: the possibility of error is not contemplated, it must be an exact translation of the original text, since a mistake in the translation can have important consequences, such as a part not fitting, a poorly explained procedure making a task impossible, or a product not working at all.
For this reason, the technical translator, in addition to mastering both languages, must have a perfect command and in-depth knowledge of the subject matter and terminology in both languages. It is not enough to be a native speaker, as being a translator is not the same as being able to understand a text on renewable energies or industrial engineering. The source text must be fully understood so that there is no doubt of interpretation, and so that the translator can translate reliably, ensuring that the content is expressed according to the specific technical parameters of the target language.

The standardized and repetitive nature of technical texts makes it useful to count on CAT tools when quality translation memories and terminology bases have been developed, but this is only possible when there is human talent behind it to ensure the consistency and accuracy of the equivalences. In assignments where the object is a text with such a relevant purpose, it is necessary to have professionals who, relying on the advantages of new technologies, ensure quality and accuracy.

At Converta Translations we have a team of specialized translators thanks to whom we can guarantee excellent technical translations.

END_OF_DOCUMENT_TOKEN_TO_BE_REPLACED 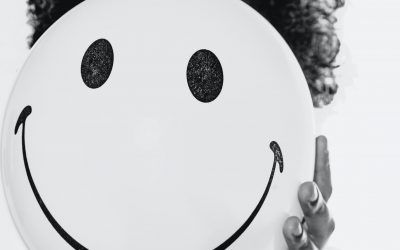 Is it possible to translate humour?

Translating humour is often difficult, as humour consists of cultural references in the source language, often full of stereotypes, inside jokes and references to characters from a certain context. Creativity is essential in order to maintain the humour component, even if it inevitably means sometimes moving away from the original text.
Tradition and the low level of foreign language skills have fostered a strong culture of dubbing in audiovisual media in countries such as Spain and Italy. The presence of new platforms such as HBO or Netflix has opened up a new range of possibilities when it comes to choosing the language in which content is consumed.
Humour has a strong cultural component, and the translation of humour, like poetry, is an art and sometimes a nightmare that professionals deal with in different ways. The original message may be adapted and modified in order to resonate with the audience in the target language: a “cultural equivalence” is sought. In other cases, the translation is omitted (maintaining the source language) or a literal translation is chosen, adding an explanation (which is very difficult in audiovisual media).

The translation of humour is not a simple translation, but a true localisation: understanding the humorous concept, but adapting it to a different culture in order to achieve the same or a similar effect on the audience. This, as we know, is not always possible or successful.

However, thanks to the current globalisation and the internationalisation of some cultural topics (films, series, internet…) a shared culture has been created. Millennials all over the world know what “WTF”, “LOL”, “Ok boomer” mean.

If translation is necessary, translating humorous content involves creativity, as the aim is to naturalise humour.
It is a task that only professionals with a great knowledge of the source and target languages can achieve, as the effectiveness of humour is based on the fact that the sender and receiver share the same cultural and linguistic references.

At Converta Translations we understand the subtleties of humour, and we ensure a translation that is appropriate for each context and audience.

END_OF_DOCUMENT_TOKEN_TO_BE_REPLACED 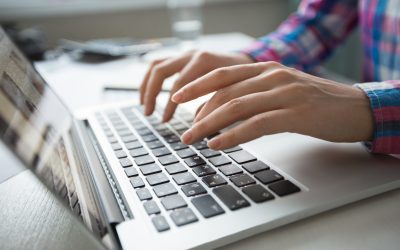 Your website is the presentation of your activity and services to the world, and to stand out you need to differentiate yourself from the competition with an attractive design...

END_OF_DOCUMENT_TOKEN_TO_BE_REPLACED
We use cookies on our website to give you the most relevant experience by remembering your preferences and repeat visits. By clicking “Accept”, you consent to the use of ALL the cookies.
REJECT Cookie settingsACCEPT
Manage consent

This website uses cookies to improve your experience while you navigate through the website. Out of these, the cookies that are categorized as necessary are stored on your browser as they are essential for the working of basic functionalities of the website. We also use third-party cookies that help us analyze and understand how you use this website. These cookies will be stored in your browser only with your consent. You also have the option to opt-out of these cookies. But opting out of some of these cookies may affect your browsing experience.

Read More
Necessary Always Enabled
Necessary cookies are absolutely essential for the website to function properly. This category only includes cookies that ensures basic functionalities and security features of the website. These cookies do not store any personal information.
Non-necessary
Any cookies that may not be particularly necessary for the website to function and is used specifically to collect user personal data via analytics, ads, other embedded contents are termed as non-necessary cookies. It is mandatory to procure user consent prior to running these cookies on your website.
SAVE & ACCEPT
Open chat
Hello how can I help you?
Powered by
Hello, how can I help you?